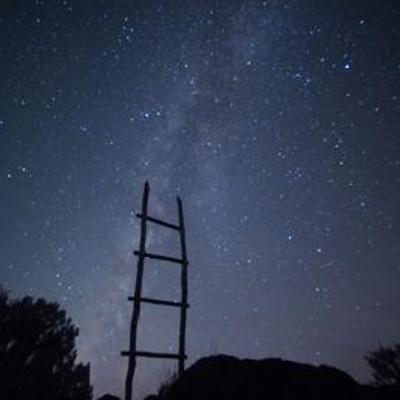 Parshas Vayeitzei - Encountering the Magnificence of a Jewish Home

Yaakov Avinu was the first to describe Hashem within the context of a home and family. Parshas Vayeitzei begins with Yaakov’s famous dream of the ladder ascending to Heaven, and when he woke up he said: אֵ֣ין זֶ֗ה כִּ֚י אִם־בֵּ֣ית אֱלֹקים This is none other than the House of Elokim! "Bayis”, house, doesn’t mean a physical object, but “bayis” is a home or a family. Over the course of the Parshah, Yaakov built “Beis Yaakov”, his family, and the Parshah culminates with Yaakov’s family intact and alone, (no small matter after dealing with Lavan), traveling back to Eretz Yisrael. Interestingly, just as the Parshah began with an encounter with angels, so it ends with one too. וְיַעֲקֹ֖ב הָלַ֣ךְ לְדַרְכּ֑וֹ וַיִּפְגְּעוּ־ב֖וֹ מַלְאֲכֵ֥י אֱלקים׃ Yaakov went on his way and angels of Elokim encountered him. Rav Hirsch draws our attention to the beautiful symmetry here. When Yaakov encountered Hashem at the beginning of the Parshah, the Torah says, וַיִּפְגַּ֨ע בַּמָּק֜וֹם,“and he encountered the place”. The Makom can of course also refer to the Divine, which is exactly what he encountered there in his significant dream at that holy site. At the moment when he woke up he knew what his life’s mission was and he immediately dedicated his life to it. His encountering of the angels in his dream and the holiness of that place was a life-altering moment for him, hence the word “Vayifga” and he encountered, meaning he encountered in a momentous way. At the end of the Parshah, the Torah uses the same word, “Vayifga” for a momentous, life altering encounter, but here Yaakov isn’t the one doing the encountering, it’s the angels who encounter him. וַיִּפְגְּעוּ־ב֖וֹ מַלְאֲכֵ֥י אֱלקים, “the angels of Hashem encountered him”. Now that Yaakov has built the first completely Jewish home in history, the angels view his coming as an incredible experience for them. They can’t believe their eyes as they see a Jewish family reflecting Hashem’s glory simply through their existence as a family. This time the angels view this encounter as a momentous experience, but for Yaakov it isn’t a “pgiah”, an encounter, he’s blissfully unaware of his household’s Godliness and the impact they’re making on the angels. This thought resonated with me and I want to share it with you because we all have times that we seem to be scrambling, running hard but staying in place. And in those times we’re not always aware of just how special we are, and just how incredible the family that we’re building has become. It takes a band of angels to see the truth when they encounter a Jewish family, because too often we don’t notice the magnificence and holiness of our family, and we don’t always appreciate the Bais Elokim that we are building. This Parshah comes as a reminder to us. Our mission, like Yaakov, is to build a family home within which Hashem dwells. And as we go about our days doing this, we feel ordinary, normal, and perhaps inadequate, but from a Heavenly perspective, our homes are momentous, something that even the angels encounter with astonishment.