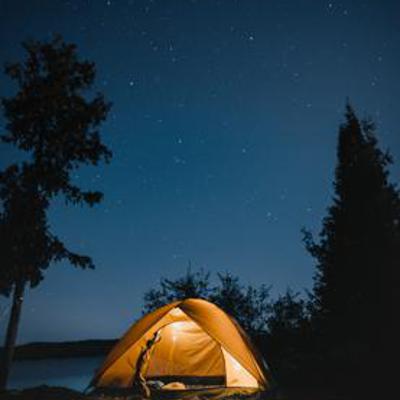 Vayeira - Excuse Me, Hashem, While I Care for These People

Parshas Vayeira opens with Avraham and Hashem in the middle of a conversation. When three strangers appeared on the scene, Avraham interrupted his talk with Hashem, and, incredibly, he asked Hashem to wait for him while he excused himself to go welcome his guests. Famously, the Gemara in Shabbos learns from here: שגדולה הכנסת אורחים יותר מקבלת פני שכינה ...that welcoming guests is greater than receiving the Shchinah, Hashem’s Presence... How can that possibly be, and what significance does that have for you and me? The Maharal illustrates the two choices that Avraham Avinu had when the three men arrived. He could either continue talking to Hashem, or he could show hospitality to these men, thereby acting like Hashem. Be close to or be similar to - those were the choices. Avraham chose to be like Hashem by doing chesed, providing food, drink, and shelter, because being like Hashem is an even deeper way to be close to Him than merely talking with Him. Gordon Neufeld describes the levels of attachment that should naturally unfold between a child and its parents as it grows. The most immature way to attach is physical proximity and of course, our most immature children, infants and babies, greatly need physical proximity. But as children grow, their attachment to their parents deepens and they can begin to feel connected even when physically apart. Neufeld teaches that beyond physical proximity, a deeper level of attachment is sameness - being similar is a more significant way of attaching. This begins to show up in toddlerhood where the child imitates the parent, using language the parent uses, trying on Mommy’s shoes, and more. Even more significant than being near someone, is to be similar to them as a way of being deeply attached to them. That’s what Avraham Avinu chose. Welcoming guests wasn’t taking a break from the dialogue he’d been having with Hashem, it was an even more meaningful way of being close to Him - by emulating him. The Avnei Eizel takes it a step further and points out that Avraham’s welcoming of guests wasn’t only caring for their physical needs, but also their spiritual needs as he spread monotheism. His hosting guests brought many people closer to Hashem. Surely, if instead of serving guests every day, Avraham had used those hours for his own spiritual development, he would have become an even greater, more spiritually refined person. But he chose to give up his own spirituality, his “kabbalas pnei HaSchinah” in order to do hachnasas orchim and increase the world’s awareness of Hashem, not just that day but every day. The Avnei Eizel says Avraham saw that even greater than his own spiritual development, was spreading the awareness of Hashem in this world, so that everyone could be close to Him. Avraham’s relationship with Hashem was utterly selfless. It wasn’t about him, it was about Hashem. In many ways, Jewish mothers' role is similar to Avraham’s choice in this Parshah. Motherhood isn’t only selfless physically. It’s not only late nights and early mornings, motherhood is also selfless spiritually. We try to snatch a tefilah when we can, but often we can’t daven the same way we could before we had children. We may try to listen to a short Torah thought, but the days of going to long shiurim or studying on our own, are no longer our usual reality. We would love the chance to spend more time studying, learning, and growing, but there are little people in our lives. And like Avraham Avinu, we choose to sacrifice our own development in order to be like Hashem, to feed, to clothe, to nurture, to dress. Instead of focusing on ourselves, we act like Avraham, not only physically caring for others, but introducing them to Hashem, building Emunah and relationships between Hashem and our children. As we do this, day in and day out, we need the awareness that by doing all we do physically and spiritually for our children, we are actually coming closer to Hashem ourselves than we ever could have by focusing on ourselves. “Gedola hachnasas orchim.” We are even closer and more attached to Hashem when we emulate Hashem and act the way He does, than when we are speaking with Him directly. Motherhood seems to be a tradeoff where we lose some of our own spirituality, but in essence, just like Avraham, we gain deeper, more significant closeness to Hashem through our selfless emulation of Him.